Doctor Who’s Jodie Whittaker is reportedly preparing to step out of the TARDIS for good at the end of the forthcoming series of the iconic BBC show.

According to a report from The Mirror, Whittaker has allegedly shared her intentions to step down from the lead role on the show after three years, with one anonymous source claiming that the team is now “gearing up for a regeneration,” which will need to be filmed “at some point over the coming months” in order to set the stage for the 14th Doctor.

In an interview with Major Nelson, Phil Spencer has said that Xbox is “working as hard as we can” to get more Xbox Series X and S consoles to players, as shortages continue.

Recapping the year, Spencer said, “we got the consoles launched and we wished we had more of them, we’re selling out too quickly”. He continued, “I get some people [saying], ‘Why didn’t you build more, why didn’t you start earlier, why didn’t you ship them earlier?’ I mean all of those things, and it is really just down to physics and engineering,”. “We’re not holding them back,

Got Animal Crossing For Christmas? You Probably Missed Out On The Game’s Best Festive Moments

Animal Crossing: New Horizons offers hours of fun all year round, but as veteran players will know, things get even more exciting when in-game events take over your precious island.

As you might expect, the festive season is a particularly joyous time – this weekend saw plenty of social media users sharing videos of their island’s New Year countdowns as we entered 2021, and Christmas events like Toy Day made the long wait for Santa on Christmas Eve slightly more bearable. Players even had the opportunity to enjoy seasonal food items to celebrate. 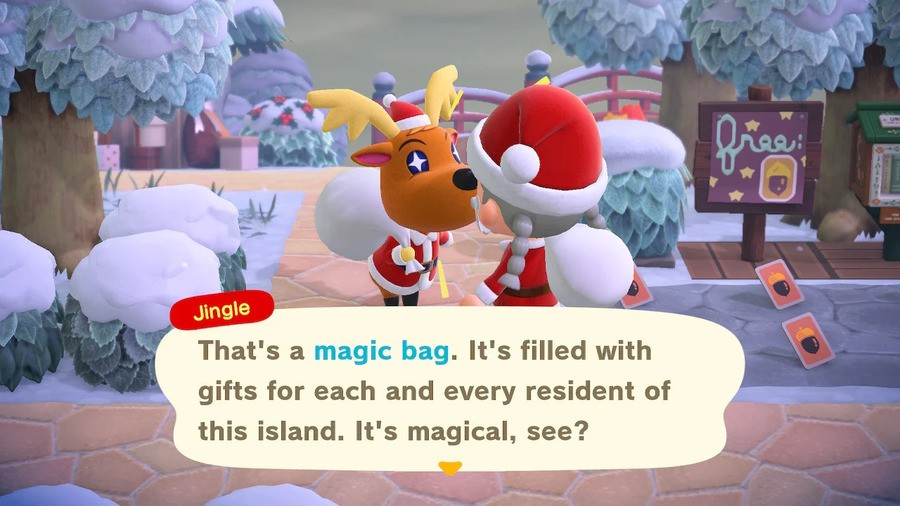