Over the past couple of weeks, we’ve been running Best Star Wars Character of All Time face-offs. And now we have the ultimate winner, as chosen by you, the IGN reader!

First we ran a face-off where 200 of the most recognizable canon Star Wars characters faced off. Everyone from Han Solo to The Mandalorian to Wicket W. Warrick went head to head and it wasn’t pretty! From there the top 25 winners then entered a second face-off, and when the dust had settled, our winners were chosen.

So who took the top spot? Drumroll please…

Perhaps not surprisingly, everyone’s favorite Sith Lord dominated, winning 86.9% of the times he faced off with another character. Also of note, we gave Anakin Skywalker a separate card in these contests since fans generally have very different feelings about Vader as opposed to Anakin.

The top 10 is interestingly very Original Trilogy-heavy, including — in addition to Vader — Obi-Wan (though we featured the young version of the character), Luke Skywalker, Han Solo, Yoda, Leia Organa, R2-D2, Emperor Palpatine, and Chewie. Indeed, Darth Maul was the only non-OT character to hit the top 10. 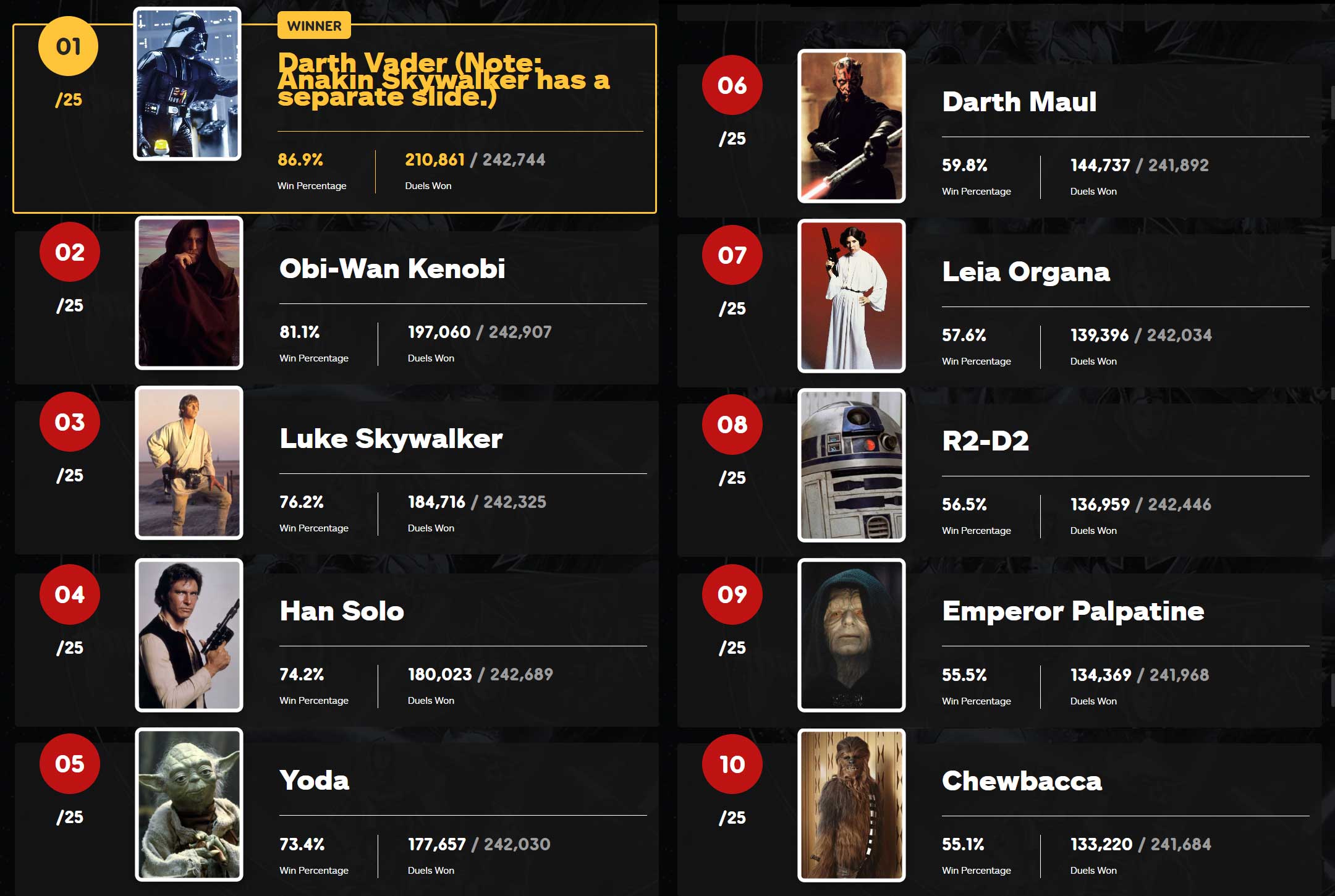 Are you wondering where your favorite characters landed? Like Baby Yoda, perhaps? (He’s took 16th place in the final round, just above Kylo Ren!) For all the rankings, click through to the full face-off results:

The Best Star Wars Character of All Time: Round 1 Results

The Best Star Wars Character of All Time: Round 2 Results

As for the bottom of the barrel, in our initial face-off of 200 characters, players like Yarna d’al’ Gargan from Jabba’s palace, Larma D’Acy from the Sequel Trilogy, and Baron Papanoida — George Lucas’ prequel trilogy cameo character — were in the bottom 10 alongside a bunch of characters from the animated series Star Wars: Resistance. Neeku Vozo, also from that show, was in absolute last place (and he seems like such a nice guy!). But Jar Jar Binks, the oft-derided Prequel Trilogy pariah, actually ranked at number 153. Not bad, Jar Jar! 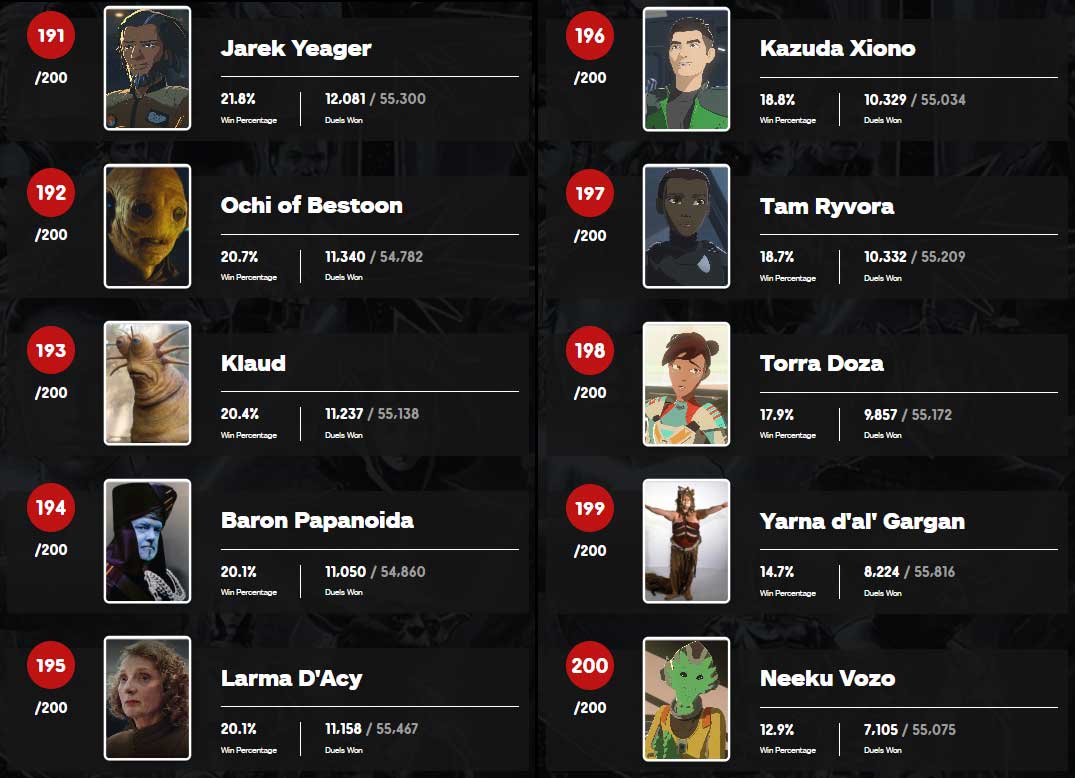 What do you think of how this Star Wars character face-off panned out? Let’s discuss in the comments!