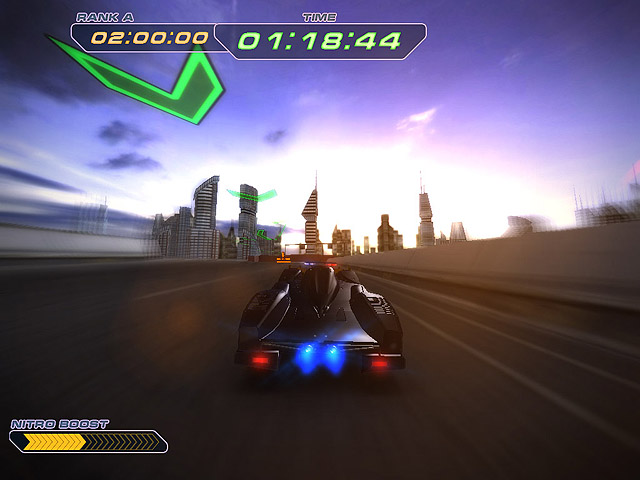 Super Police Racing is a racing game using traffic police patrol cars in the middle of the city with busy and busy road conditions. Because we act as patrol police, the race that is played is not a wild race against other cars, but the race is in accordance with police duties such as chasing a fleeing criminal car, breaking through a cargo container that blocks in the middle of the road, and driving to the destination as fast as possible. fast without crashing into another car.
This game is equipped with nitro boost, a feature that is common in car racing games so that the speed of the car becomes very fast. Nitro can run out if used continuously. Uniquely in this game nitro can be increased by minimizing the distance between police cars and other cars or in other words grazing cars on the highway. The indicator can be seen in the yellow bar at the bottom-left of the game screen.

The game controls are simple enough to use the arrow keys to move and turn. Nitro is activated by pressing the left ALT button which is indicated by the car turning on the siren. Meanwhile, to turn while drift using the left CTRL key. Press the R button to reset and the ESC button to pause.