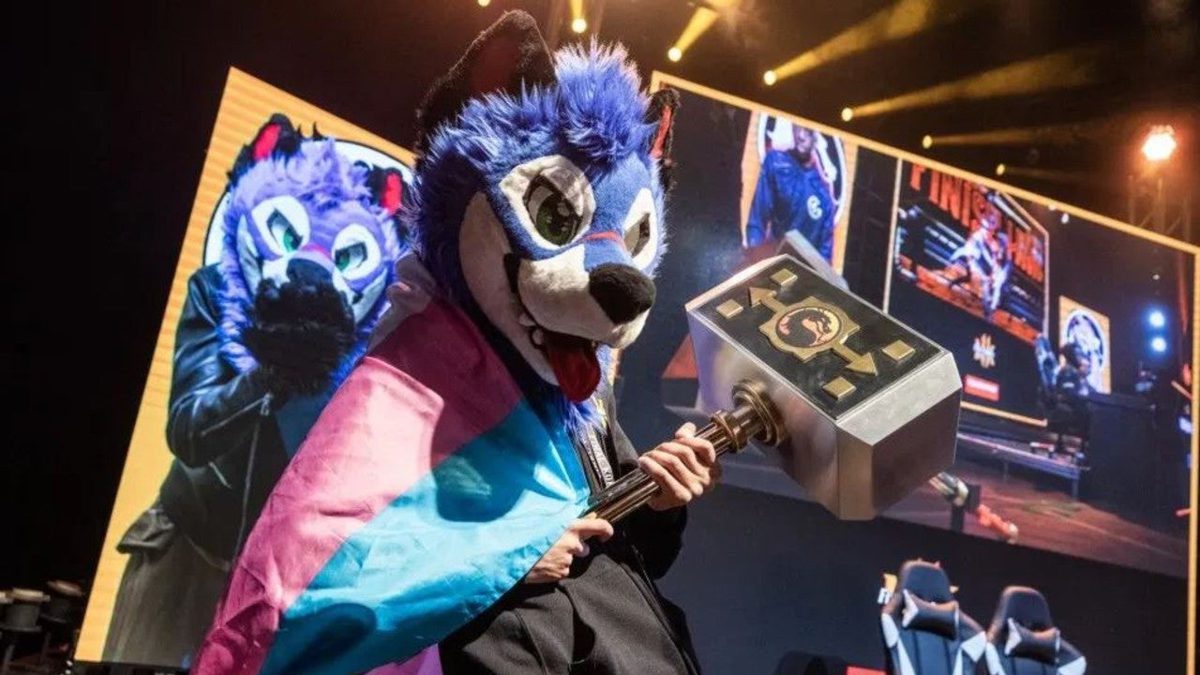 Dominique “SonicFox” McLean won first prize at the Mortal Kombat Final Kombat 2020 tournament and managed to get out an endorsement to democratic primary candidate Bernie Sanders.

McLean wore their SonicFox fursuit and a transgender pride flag during their trophy acceptance, which came with a large commemorative hammer because this is Mortal Kombat. While they were unable to offer a full acceptance speech, McLean was able to get the mic briefly to tell the audience at home to ‘Vote Bernie.’

The 2020 Final Kombat tournament was not held in front of a live audience due to coronavirus concerns. The open qualifiers meant to be held a week before Final Kombat was also canceled, with the spot being awarded to Zoulfikar ‘Kombat’ Dayekh.

SonicFox was able to win using their Injustice 2 and Mortal Kombat 11 main, Joker, and earned a $40,000 prize.

McLean, who identifies as non-binary, is a proud proponent of LGBTQ+ rights and has used their platform to show support for the community. During the 2018 Game Awards after winning Esports Player of the Year, McLean said on stage, “I’m gay, black, a furry — pretty much everything a Republican hates.”

Matt Kim is a reporter for IGN. You can reach him on Twitter.

AEW Console Game Will Feature Campaign, Multiplayer, and Create-a-Wrestler, But No GM Mode